The village of Pyrgos 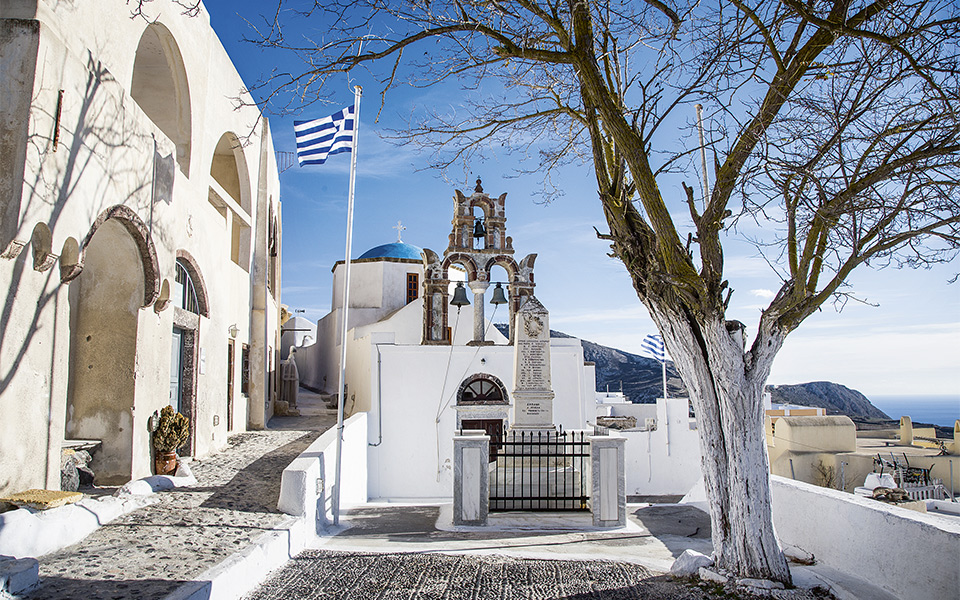 Traditional village of Santorini inland which was the capital city of the island up to 1800 B.C. The medieval element is prominent here as there are narrow streets with arches. You can feel the Venetian influence here since Pyrgos used to be one of 5 castle cities established by the Venetians.

The Kameni Volcanic Islets with their hot springs 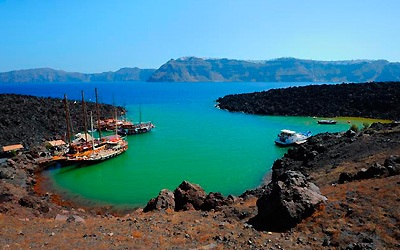 The most popular attractions in Santorini are the Nea Kameni and Palea Kameni islets in the centre of the caldera, approached by excursion boats so that tourists can climb up the volcanic craters and then bathe in the hot springs. 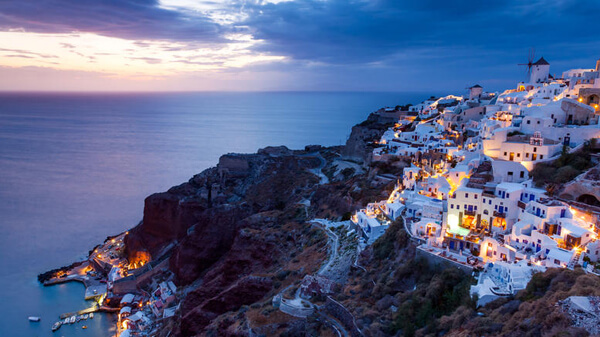 The uniqueness of Santorini undoubtedly lies on its enormous caldera, a 300-metre high basin with imposing grey- reddish and brown steep cliffs wrapping around the volcanic islets of Palea Kameni and Nea Kameni, both of them standing at the caldera centre. Fierce volcanic activity over the centuries sank the central part of Santorini into the darkness of the Aegean bottom and thus created one of the most photographed and studied caldera in the world.

The remnants of the Minoan City in Akrotiri 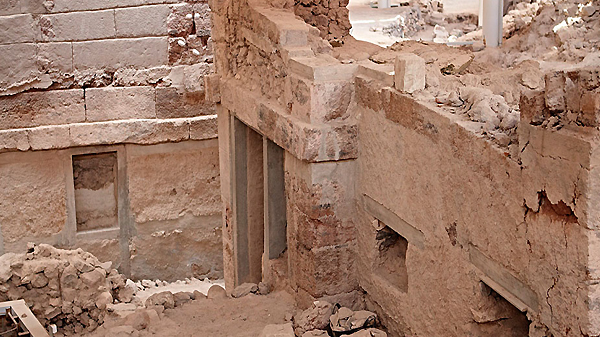 Nearby the homonymous settlement, in the south of the island. Excavations have brought to light evidence of a thriving Minoan colony on Santorini which was first damaged by an earthquake and then buried into ashes after a devastating volcanic eruption in the 17th century BC.

The remains of Ancient Thira in Mesa Vouno 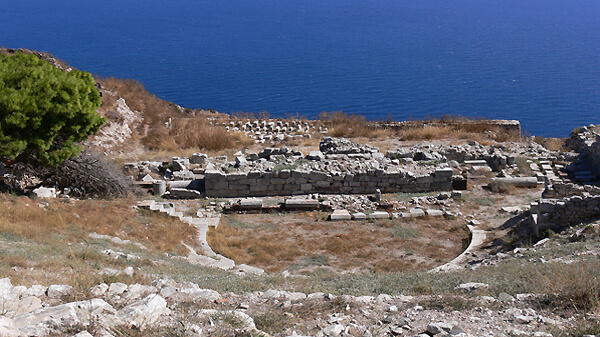 Located in the south-east of the island, is a real jewel, where you can see a complex of ancient constructions from the Hellenistic and Roman Period, such as the Temples of Artemidoros and Dionysus, the Agora, Sanctuaries, the Graveyard and the Stoa, as well as the ruins of several monuments built in the 3rd and 4th centuries BC by the Ptolemies, such as the Theater.